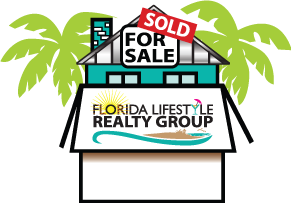 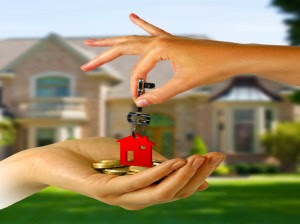 Realtor.com® Report:
The spring home buying season is off to a stronger start than at this time last year, with modest price increases and a spike in inventory, according to realtor.com’s National Housing Trend Report for March.

These figures suggest that the market is more balanced than it was in 2013, when a shortfall in available supply led to double-digit increases in many markets’ housing prices.
Having more homes on the market may mean more affordable prices for first-time and move-up buyers. Lack of inventory in 2013 led to intense competition, creating another barrier to homeownership.

“Bidding wars in many markets last year frequently elevated offer prices beyond the reach of first-time buyers who could scarcely save for the down payment,” said Steve Berkowitz, CEO of Move, Inc. “While inventory is still low, the continuing annual lift in the number of homes on the market that we’ve seen over the first months of 2014 is an indicator that buying conditions this year may be notably improved from the frenzied pace of last spring.”

Despite the positive signs, home sales activity remains sluggish, and low inventories remain a significant factor in housing market health. The National Association of REALTORS®’ Pending Home Sales Index for February showed a 10.5% decline compared to the same period in 2013, the eighth-straight month of decline for pending sales. However, the number of contracts signed has remained fairly stable over the past three months, and NAR reported that buyer traffic is showing a modest turnaround.

Price Increases Strong in California, Nevada
While California and Nevada markets continue to figure prominently in the list of areas experiencing the largest year-over-year increases in median list prices, both Houston and Columbia, MO, are new to the list, replacing Orange County, CA, and Los Angeles.

10 MSAs With the Greatest List Price Increases, Year Over Year

Denver, Austin in the Spotlight for Fewest Days on Market
Denver has taken the top position for fewest days on market, unseating Oakland, CA, for the first time since November 2013. While Austin is new to the top 10 list at just over half the national average of 102 days, the other markets have been there for many months, and are in the process of a vigorous housing recovery. The average year-over-year increase in median list price in these markets was just under 15%.

On the Rise: Denver, Austin, Houston and Chicago
With declining inventories and days on market year-over-year, and double-digit increases in list price, these markets appear to be in a similar supply-driven adjustment process that led to rapid home price appreciation in California in 2013. However, the inventory deficits are not as large, suggesting that these markets are unlikely to experience the kind of unsustainable appreciation that occurred in California through much of last year.

Market Volatility Remains
The trend toward moderation has yet to reach a handful of markets in California, Arizona and Florida that consistently made headlines during the height of the recession. While last year many of these markets—Stockton, CA; Fresno, CA; Bakersfield, CA; Riverside, CA; and Phoenix—experienced some of the most severe inventory shortages and soaring prices, this year these volatile markets are experiencing simultaneous surges in prices and inventory, year over year. If sellers remain too confident and raise prices too fast, then fewer transactions may take place.